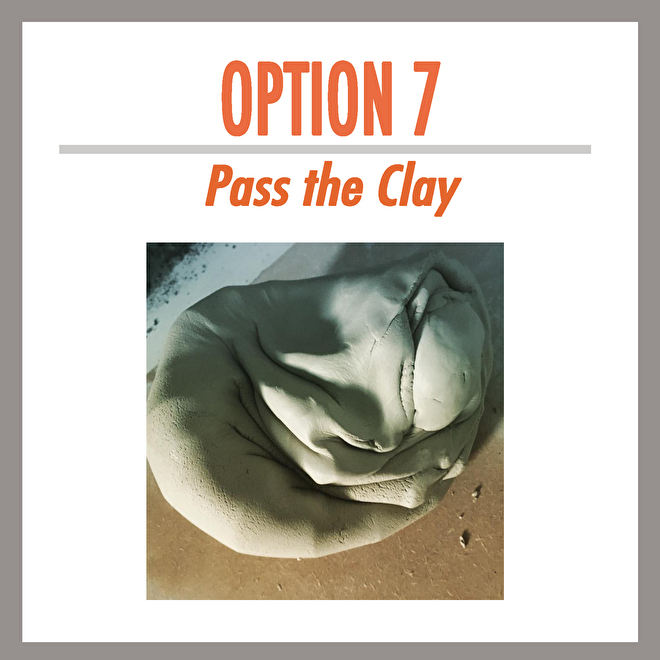 This is to be used in combo with one of the other workshops for free!

To work as a team to build a clay structure

Materials: Whistle or alarm & Clay, Playdough®, or any type of sculpting material

The group will be split into smaller teams of min of 2. Each team will recieve a large piece of clay or sculpting material. We will start with the team member holding the piece clay.

The workshop host will then call out the name of the structure/object that has to be made. We will count down to 3, then the first person needs to start sculpting away at the piece of clay. When the workshop hosts shouts or whistles the piece of clay needs to be passed onto the next team member, who will continue from where the previous team member stopped. We continue like this until the hosts shouts stop! Then the piece/structure needs to be placed down.

After each round the different groups will show there piece of that round to the rest of the groups.

One can have a couple of rounds of this game (3-4). By the end you will see how in a short ammount of time your communicaion and sculptural skills have inproved! We will then compare each rounds objects.

1. Would this have been easier/harder if you were by yourself?
2. Does being on a team make worklife easier or harder for you?
3. How did this make you feel when some memembers of the team had longer time with the clay then you?
4. Do you ever feel like you put more effort or less effort into a project than other people do who are on your team? How does this make you feel?
5. What is the advantage/disatvantages of being part of a team?

To lift the bar a bit, extra:

* Without talking: Have the first person start making something of their own choice. The next person will then have to continue the original sculpture when the whistle is blown. The group can’t talk but tries to create something by the time everyone has had a turn with the clay.

*With playdough only: Give each person a different colour of clay that they must add to the sculpture as they get it.

1999- Alanna Jones is “More Team Building Activities for Every Group

Creativity Exercises and Games with Clay